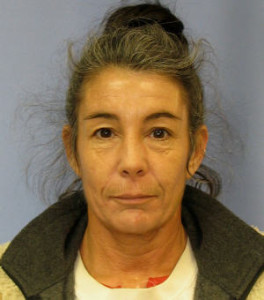 On 08/02/13 at 11:16 P.M. the Manheim Borough Police Department were dispatched to 339 N. Colebrook Road for an active domestic.  The caller reported hearing a male and female fighting at the address.  Upon arrival Officers contacted the male party who admitted to “fighting” with his wife, the ACTOR, Holly E. BIRES.  As officers approached the room where the female was behind a closed door she began screaming at officers.  BIRES opened the bedroom door and leveled a 7.62mm rifle at Officers H. Hughes and R. Yarnell.  Officers immediately subdued BIRES, by tackling her and using an E.C.D. (electronic control device / Taser).  BIRES was visually intoxicated to a degree that she endangered herself and others.

“The Officers’ actions in this violent encounter are nothing short of heroic.  The actions of Mrs. BIRES put herself and officers at risk of death or serious bodily injury.  Domestic situations involving drugs, alcohol and guns are some of the most dangerous situations for law enforcement, family members and the community.  Chief Stauffer”