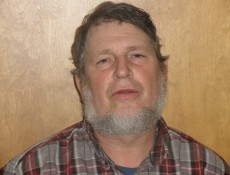 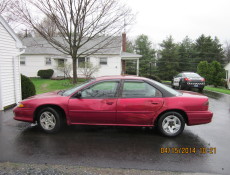 On March 25, 2014 the Manheim Borough Police Department was dispatched to the East Fairview Church of the Brethren about a suspicious person on their property.  The witnesses described the vehicle, an older “beat up” maroon sedan and the individual an “older white male” in the vehicle.  The witnesses reported that he appeared to be watching children.   During the March 25, 2014 incident, witnesses reported the male had exited his vehicle and was found to be walking around the church.  On April 2, 2014 the suspect was again in the parking lot of the church and appeared to be watching children, however did not exit his vehicle and left prior to the witnesses contacting him.   On April 14, 2014 the suspect again was found by church witnesses to be in the parking lot.  However, during this incident a witness was able to obtain a vehicle registration GSL 2532.  Using this information MBPD Detective Jeffrey Kiesel established a suspect who was identified as Jay R. Hilsher, 159 Hossler Road,  Manheim PA.   On April 15, 2014 Hilsher was interviewed by police and admitted to watching children and masturbating in his vehicle several times at different locations around Rapho Township, Manheim Borough and Penn Township.  MBPD is requesting information from individuals who may have seen the suspect or his vehicle in similar locations.  (Photo’s attached)  People who wish to report similar incidents involving the suspect are asked to contact Detective Jeffrey Kiesel, MBPD at 717.665.2481. Refer to the criminal complaints and affidavits which were filed at MDJ Alberts Office, 424 S. Angle Street Mount Joy, PA 17552.
Location of Offense:  1187 Fairview Road  Manheim, PA  17545

DEFENDANT IS PRESUMED INNOCENT OF THE ABOVE CHARGES UNLESS AND UNTIL PROVEN GUILTY IN A COURT OF LAW.