About // Chief of Police 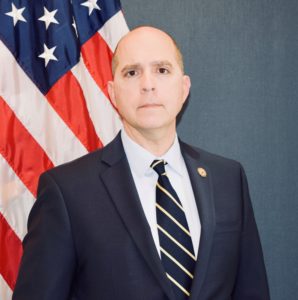 Chief Stauffer began his career in Law Enforcement in Hagerstown City, Maryland.  Prior to that, he received a Bachelors of Art in Criminal Justice from Alvernia University and worked at the Lancaster County Prison as a Correctional Officer.  Chief Stauffer has been a Police Officer since 1995 and began his service to Manheim Borough in 1998.  In 2001, Officer Stauffer was honored by the Lancaster County Chiefs of Police Association as the Lancaster County Officer Of The Year.  In 2010, he became Chief of Police.  Throughout his career, he has served in different capacities including drug enforcement and DUI intervention as well as a child abuse investigator.  Prior to accepting the Chief role, he served as one of the Police Department’s firearms instructors, the BAC Datamaster Supervisor and the TAC Officer.  He was also nominated as a DUI “top gun” numerous times throughout his tenure as a Patrol Officer.

Chief Stauffer remains committed to the safety and protection of the citizens of Manheim Borough and Rapho Township and has a strong commitment to it’s youth.  His focus is effective, proactive and professional police services with a strong victim advocacy mindset.

“I have always held a strong desire to help those in need.  I believe that law enforcement officers around the world collectively share this trait.  Law enforcement is a very honorable duty, and with it comes great responsibility.  I strive for thought driven and strong leadership in combination with professional, educated and dedicated employees.  As an agency we evolve through continuous training and the partnerships with our community.  It is my belief while acting in a transparent fashion we can enforce the law impartially, while using common sense.  It is my sworn duty to uphold the laws of this Commonwealth and provide the best quality police services possible while being fiscally responsible for the community stakeholders.  It has been and will continue to be an honor serving this community.”
– Chief Joseph C. Stauffer